Dependencies allow you to calculate the date of an event based on an offset from the start or end of another event (e.g. Event B = end of Event A + 10 days). This ties the two events together in time so that when you move one event, the other will automatically follow. An event can have multiple dependencies, in which case its start date will be set to the latest calculated date.

Dependencies allow you to ensure pre-requisites are met in a project (i.e. a task that cannot start until an earlier one has completed), or tie together events in a fiction story that require a fixed offset (e.g. a birth must occur 9 months after conception).

Configuring dependencies in the Inspector 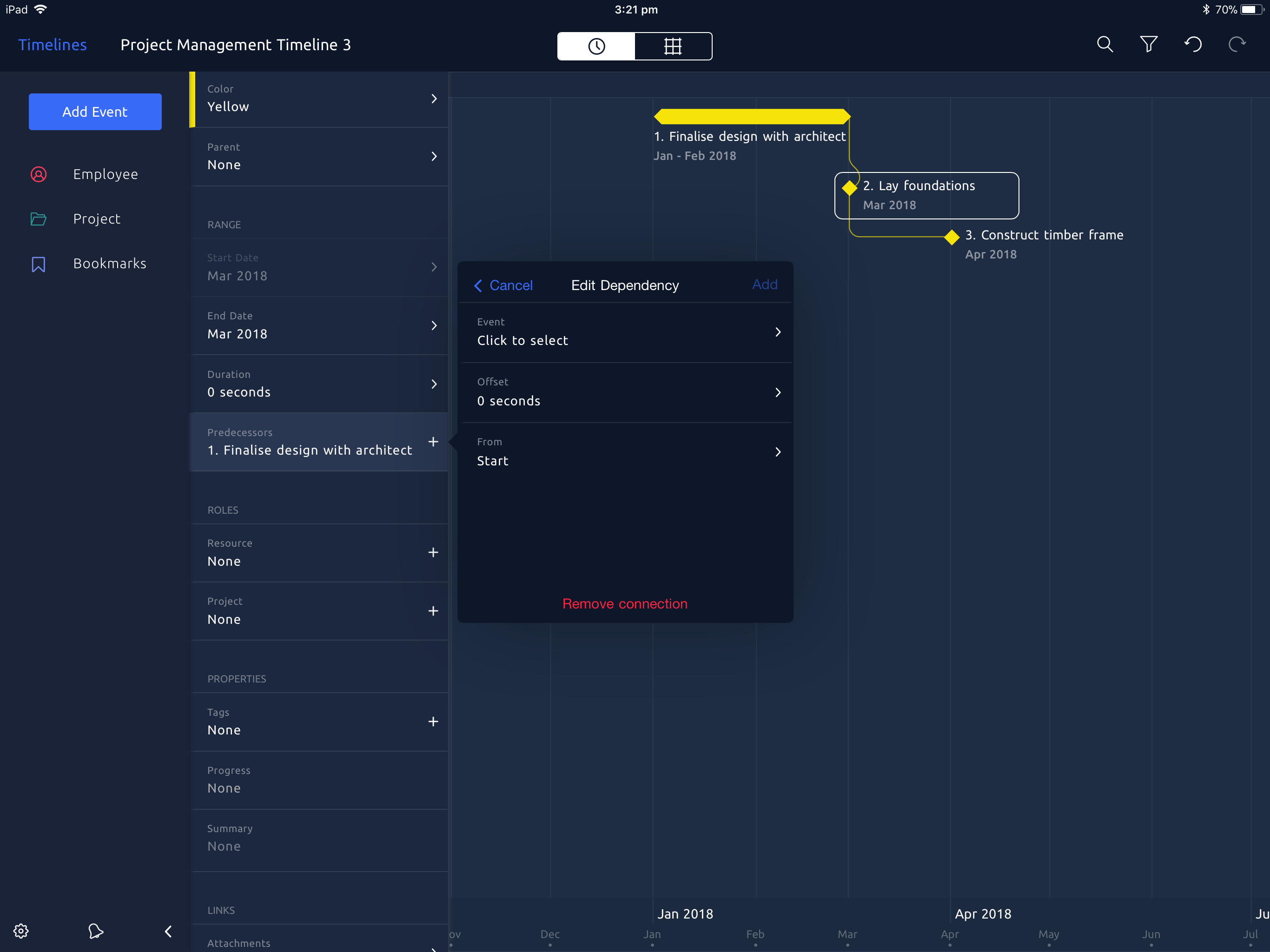 Dependencies are configured in the inspector under the heading Predecessors. You can view, edit and remove existing dependencies for each event in the Based On list.

To edit or delete a dependency, choose the event from the Based On list to update its values. Tap on Remove connection at the bottom to delete the dependency.

You can quickly add dependencies between selected events by choosing  Make Dependent from the more menu in Edit Mode. Press and hold on the timeline to enter Edit mode, and select the events you want to make dependent. Tap on the three dots icon (more) and select Make Dependent
If two events are selected, a new dependency will be created as follows:
If more than two events are selected, a chain of dependencies will be created, such that the second is dependent on the first, the third is dependent on the second, and so on.
If you want to quickly create dependencies with 0 offsets from the end of events, you should first choose  Make Consecutive from the menu before choosing Make Dependent.